The AMA encompasses the city of Amsterdam, the provinces North Holland and Flevoland with 36 municipalities, and a total population of over 2.4 million inhabitants. AMA Central Administration (BKG) has the administrative responsibility for the area.

The focus area, which is part of the functional unit for the environmental assessment within repair is located in the peri-urban areas in the west and south west of the AMA 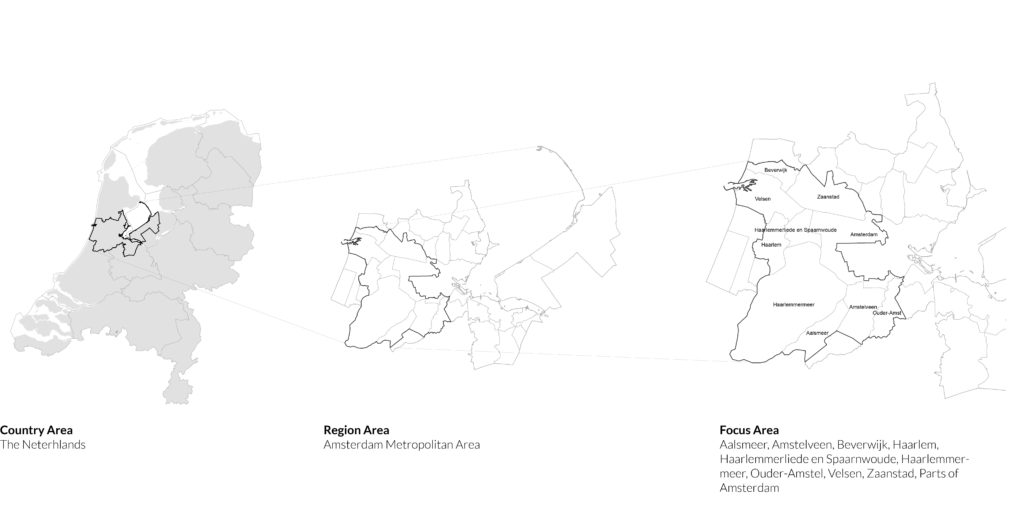 Figure: The location of the region and focus area of the  Amsterdam case.

During Interviews and the PULL workshops the stakeholdes in the amam defined the following key priorities.

During the interviews conducted with stakeholders in the region (WP6) and the PULL workshops in the co-exploration phase (WP5), the importance of both construction and demolition waste (CDW) and organic waste(OW)   value chains have been confirmed and further specified. With regard to the OW flow, the subcategory Food Waste (FW) was pin-pointed as a primary concern. Therefore, with regard to the process model for the Amsterdam case, the focus has been restricted to the FW case.

The choice of food waste as a material scope for the AMA region is among other supported by the  following: 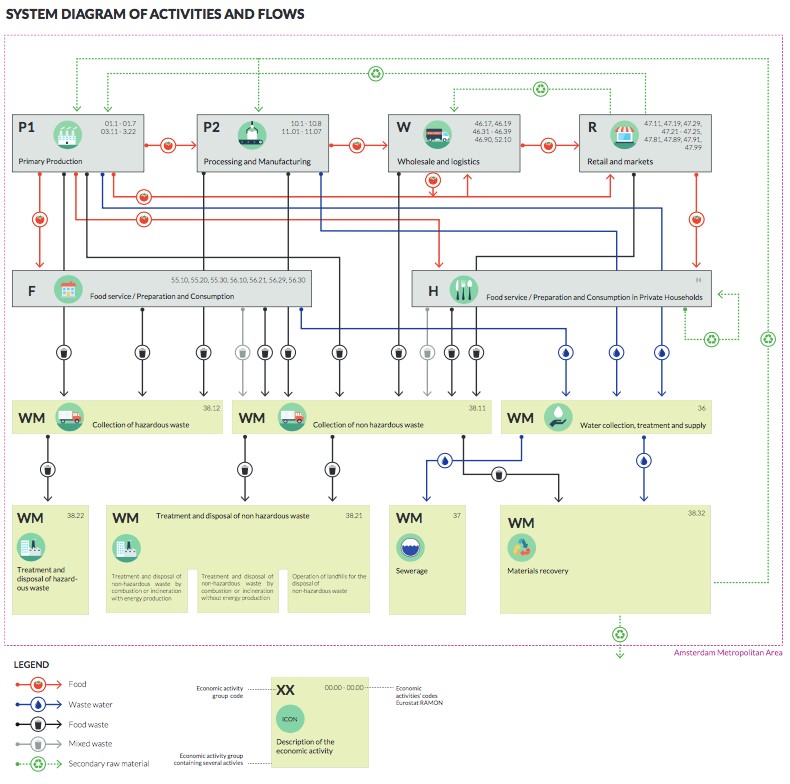 Figure: The system diagram of activities and flows that build the system of the food value chain in the Amsterdam metropolitan area.

“The role of Work Package 3 within the REPAiR project is to develop and implement territorial metabolism models. The aim is to analyse, describe and model the AMA case study area with its subsystems and processes, while defining the area’s current metabolic patterns. Vantage point is waste production and waste management, and more specifically the shift from linear to circular resource systems. Based on local policy priorities, the flows in focus for the AMA case study are: Food Waste and Construction & Demolition Waste.” 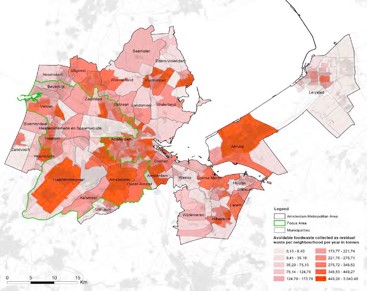 Avoidable food waste collected as residual waste per neighbourhood per year in tonnes in the AMA in quantiles. 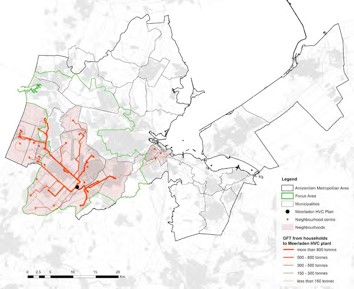 The material flows collected as GFT waste in the wasteshed of De Meerlanden composting facility in kg per year, per neighbourhood and its locations in the AMA. 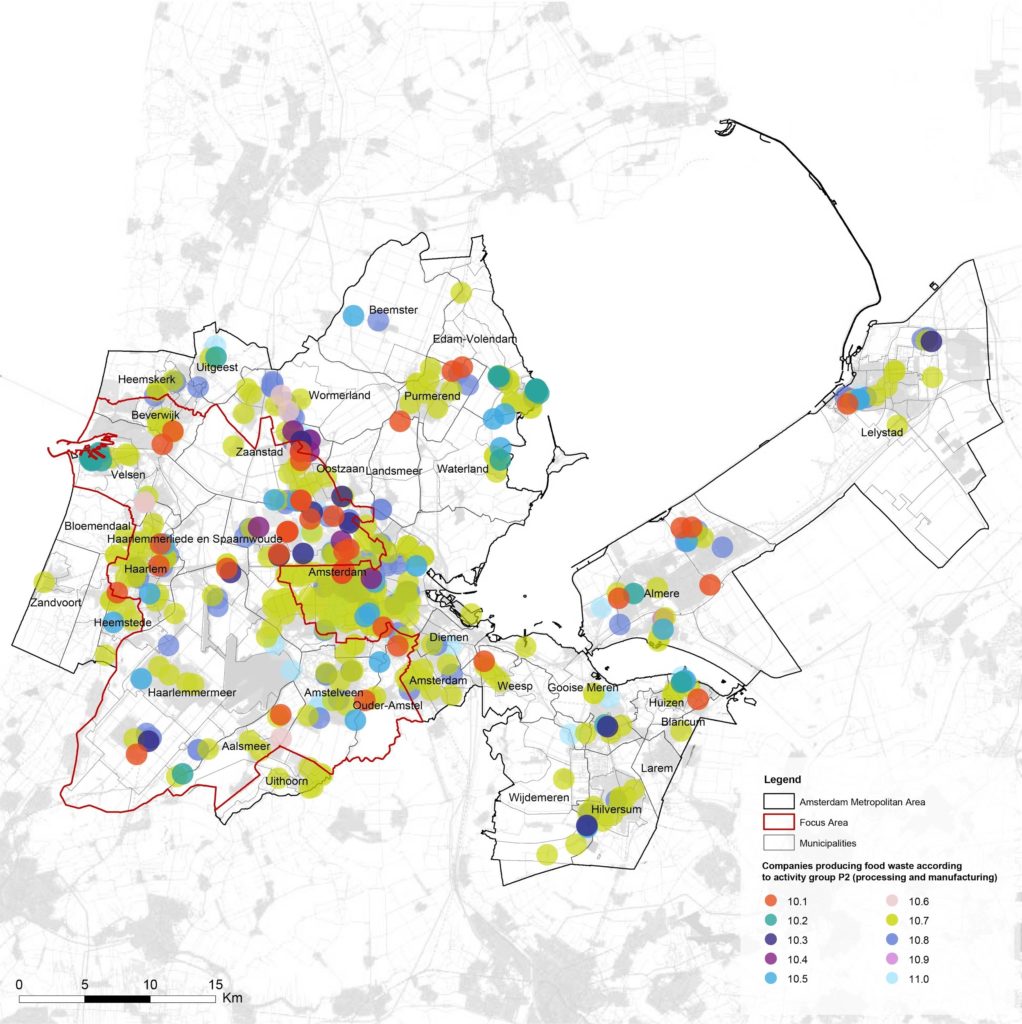 Figure: Companies of the activity group P2 (processing and manufacturing), representing 80,500 out of 87,500 of total tonnes of food waste produced in the AMA 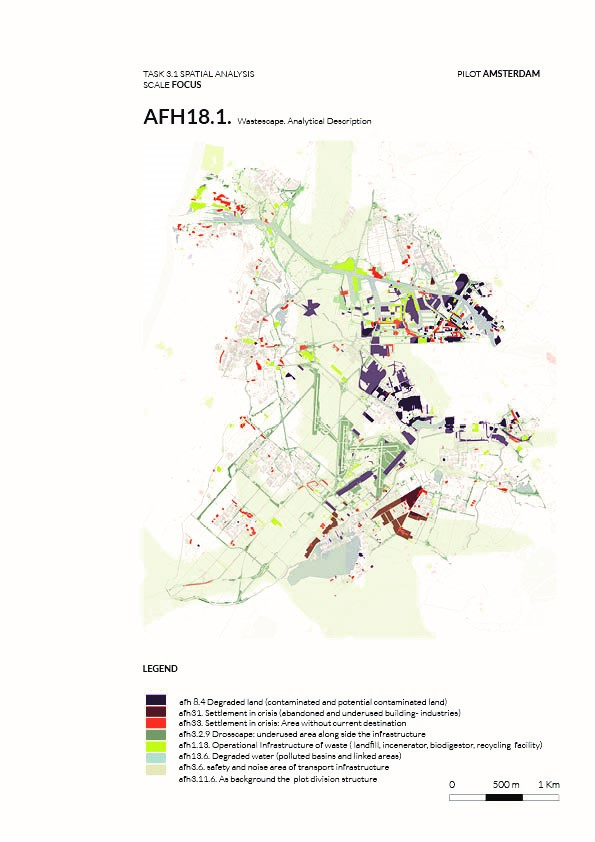 Figure: Wastecape distribution in the AMA

For more detail see the project report section of this webpage.