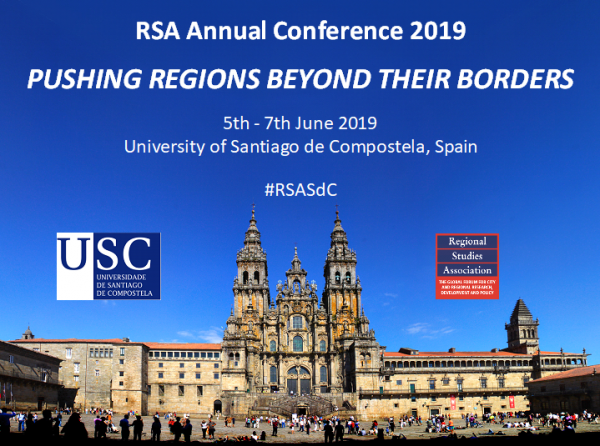 A session titled “From Waste Management to Circular Economy in Regions and Cities: Agendas, Arenas, Actors” is going to take place at the RSA Annual Conference, which will be organized in Santiago de Compostela, Spain, from 5th to 7th of June 2019. For more information on the conference, check here.

In the last few years, circular economy concept has attracted a lot of attention among the policy-makers across the world, as illustrated among others by the raise of China’s Circular Economy Promotion Law, the  EU’s Circular Economy Action Plan or the proliferation of circular economy strategies and projects at the regional and city levels across Europe. Circular economy is about shifting away from a linear process – where materials are used to make products that are later then distributed, used, and discarded – towards one that emphasises the need to maintain the value of products, materials and resources for as long as possible, through recycling, reusing, refurbishing. Thus circular economy entails reducing waste production and favouring materials circulation in ‘closed loops’, generating positive externalities for the environment, economic activity, spatial development and quality of life.

Naturally, this changing paradigm of sustainability also caught the attention of scholars, with a growing number of projects and publications on the topic. That said, as is often the case with such buzzwords, one observes a ‘conceptual stretching’ and a variety of interpretations of how circular economy should be translated into policies and what sort of governance, spatial, regulatory and behavioural changes it requires. In many cases, for instance, circular economy is interpreted in practice narrowly as an effort to promote better waste management with higher recycling and reuse rates, while in some regional and local contexts, there is at least an ambition to pursue the transition towards circular economy as a holistic shift in the way in which the economy and the society work, with a focus on closing the material flow loops, aiming for ‘zero waste’, generating new business models based on waste as a precious resource, and deeply transforming the society’s approach to consumption and disposal of goods and materials. Those ambitions, however, tend to be watered down when confronted with the multiple governance, economic, legal, political, socio-spatial and behavioural barriers. In sum, there is a need for more insight into how the challenge of transition to circular economy is interpreted and approached across different regions and cities and how it can be best promoted in a variety of institutional and territorial settings.

How to govern this transition in way that will respond to the territorial conditions? What governance innovations are needed? What decision-support would actors need to move forward on this agenda? What challenges are encountered in this across different cities and regions?  These are some of the questions that this special session, inspired by the on-going research to Horizon 2020 project REPAiR will explore. By proposing this session, we also hope to  draw the attention of the RSA members to this increasingly prominent topic that is bound to affect deeply regions and cities in the coming decades, albeit remains under-research in the regional studies field.

We invite paper proposals investigating one or several of the following topics:

The session is organized by Marcin Dąbrowski, Assistant Professor Delft University of Technology, The Netherlands, m.m.dąbrowski@tudelft.nl

The abstracts can be submitted until the end of February 2019.