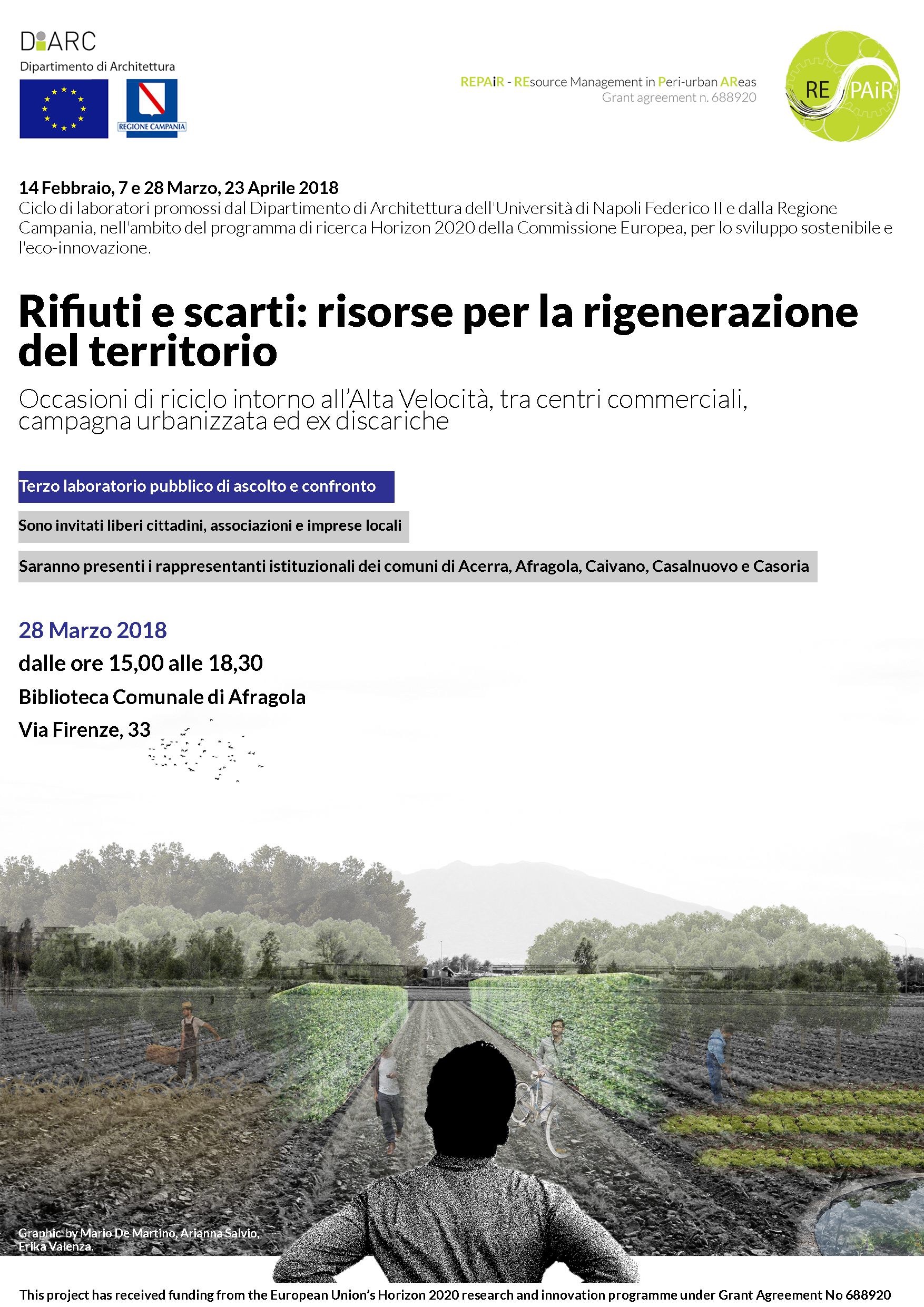 Library of Afragola, Via Firenze 33

The PULL workshop of the 28th of March is the second appointment of a series of seminars promoted by the Department of Architecture of the University of Naples Federico II, together with the Campania Region Authority. It is structured as a laboratory for listening and discussion with the local institutional subjects, with the citizens and the associations of the territory under study – the area of ​​the new high-speed train station – which includes the municipalities of Afragola, Casoria, Acerra, Caivano and Casalnuovo.

This PULL workshop is organized in two main interactive phases. In the first one, the stakeholders involved will focus on eco-innovative solutions (EIS) to regenerate Wastescapes; moreover, participants will look for the objectives, specifying the actions that are necessary for the implementation of the EIS. Furthermore, in the second interactive phase, the aim is to prioritize the objectives identified previously. The work will be carried out following the results of the previous PULL workshops of this series.

Due to the great success of the workshops that have been all well attended by local stakeholders, the REPAiR research group is glad to announce that there will be a 4th appointment to close this series, scheduled for the 23rd of April 2018 (location and program to be announced later).